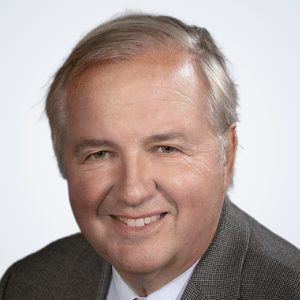 He spent three years in the doctoral program at Harvard University and taught the Business Policy and Business in Society courses at Northeastern University. Upon his father’s death, he then dedicated eight years transitioning his family’s Norwegian shipping business to American based investments.

Rikk’s rich and diverse career history includes work in the film and television production industry during the 1970s. He won two Emmys for independent feature films, “Bill in the Lowlands” and “The Dark End of the Street.” As a director, he worked on a television documentary that told the story of the Boston Celtics with a particular look at the first championship year of the Larry Bird era, 1980-81.

Rikk spent five years as Executive Director of the Boston Organizing Committee, a group that began the process of bringing the Summer Olympics to Boston. During that period he partnered with McKinsey and Company to develop a $2 million pro bono Olympic feasibility study.

He has had a vibrant consulting career since the mid 1990s – including serving as a mediator and coach for the last 20 years. Rikk was a co-founder of Elder Decisions and Agreement Resources, together with Continuity Managing Partner Blair Trippe. These firms provide conflict resolution, mediation, and training services to families as well as a variety of organizations.

He earned an MBA from Harvard Business School and a BA from Williams College.